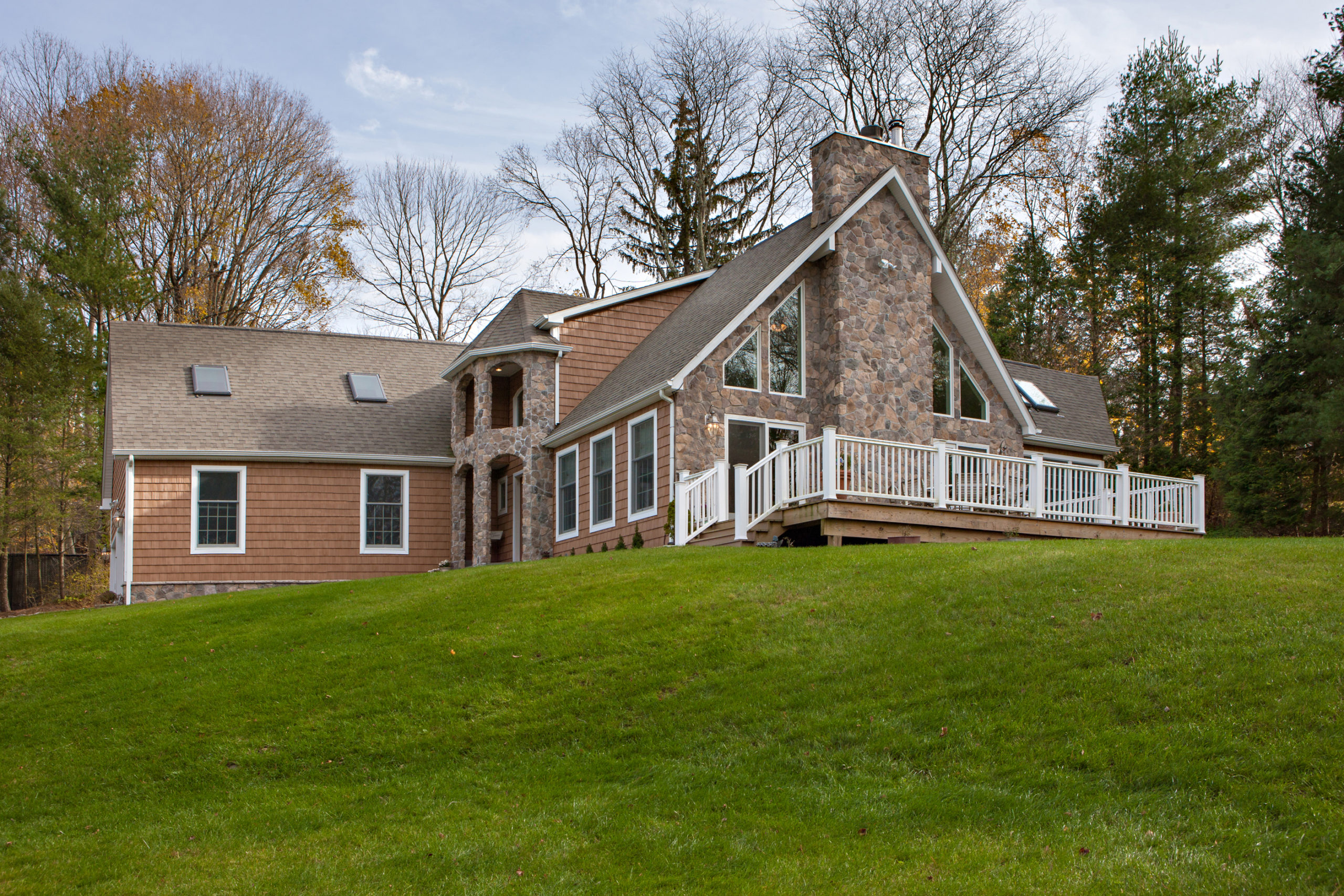 LAKEVILLE, CONNETICUT — Pilar Proffitt and Robert Bristow are partners in Poesis, a Connecticut firm known for its residential, interior and furniture design. So two years ago, when the couple decided they wanted a loftlike home for themselves and their three children, they drew up the plans themselves and sent them out to builders for estimates. But they weren’t expecting the bids to come in at almost $1 million. So they went with the next-best option: a prefabricated home.

They bought the house, “a skeleton that had all the wiring, outlets, plumbing, pipes and electrical,” from Segalla’s TurnKey Housing in Canaan, Conn., said Mr. Bristow, 49. “We then built out the remaining parts of the house: windows, doors, lighting, built-ins, bathrooms, kitchen, flooring, baseboard, trim, window and door details, roofing, overhang details, carport and landscaping.” The total cost was $493,422, including $250,625 for the modular shell. (The price per square foot was about $137, a figure that does not include the kitchen, which Mr. Bristow built himself, or their furniture, a mix of their own designs, refurbished hand-me-downs and vintage store finds.) As Ms. Proffitt, 44, observed, “The modular house has advantages: 120 workers will build your house in five days in a factory,” and it arrives “at its appointed hour, or there will be penalties.” Sure enough, at 9:30 a.m. on Jan. 15, 2010, four trailers pulled up to the site, each carrying a box 12 feet wide and 60 feet long. By 5 p.m., the house was set up, and the workers were gone. Advantages aside, the couple didn’t want the house to look prefabricated. They wanted it to sit comfortably beside the dairy barn and the two silos on the property, which they bought in 2005. So they took care to erase the telltale signs, beginning with the foundation. A custom house can be fitted to the land, while most modular houses look as if they were dropped from a crane (which they were). Mr. Bristow and Ms. Proffitt created a base of aged granite curbstone that made their house look like it was part of the landscape. They rejected claddings like vinyl or cedar siding, choosing horizontal pine siding, “for a smooth look like the really old houses,” said Ms. Proffitt, referring to nearby homes built in the 19th century. For the roof, they used standing-seam metal that matched that of the silos and dairy barn. And instead of sash windows, they chose French casement windows they could “throw open,” Ms. Proffitt said, for an unobstructed view. Inside, Mr. Bristow, who calls himself the “materials and process” part of the design team, built a kitchen on the ground floor and laid white oak floorboards, while Ms. Proffitt, who is “into color and lighting,” scattered silver-tipped light bulbs across the ceilings in the hallways. In each child’s bedroom, one wall is chalkboard; the girls chose the color of another wall, in consultation with their mother. Grace, now 11, asked for chartreuse. Ellis, who is 8, picked lavender, but recently she asked her mother to add red polka dots. (“How about red polka dots on the ceiling and working down on the end of the wall?” asked Ms. Proffitt, in an effort to confine the dots to a corner.) Sam, who is 5, has a blue wall in his bedroom, a color that was chosen for him. As his parents explained, they do not collaborate on design with clients under the age of 7. 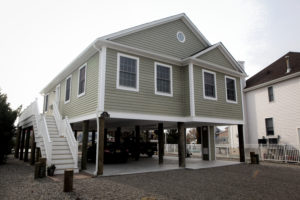