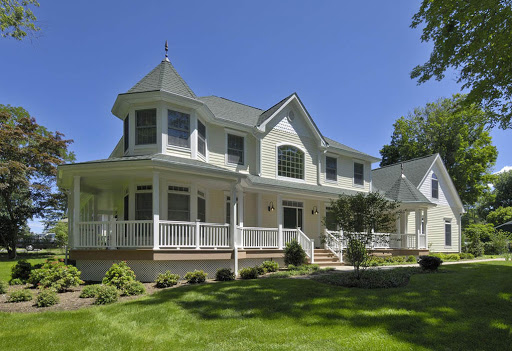 Despite seemingly endless interest in decorating, landscaping, buying, staging and selling houses, actually building a house is a mysterious process that is mostly left to professionals. But for some homeowners, buying and in some cases assembling, a prefabricated home holds appeal.

A kit home can streamline the process of custom-building a house. While the prices aren’t bargain-basement, kit homes can cost less. Keep in mind that these homes cost more to build than just the sticker price on the kit. Buyers might have to pony up for windows, cabinets, fixtures, contractors, subcontractors and other features and services, in addition to purchasing the land where the house is located. The total cost to build the house, minus cost of land is called the turnkey price. In the first decades of the last century, aspiring homeowners could order their house from a Sears catalog. The tradition is still alive, although not as widespread. Consumers in Sweden, Finland, Norway, Denmark, Germany and Britain can order homes from another major retailer, IKEA, whose BoKlok branch sells terraced houses and apartment buildings. After so much expansion resulting in a glut of empty McMansions, some home buyers think kit homes could be an answer to their desire to return to simpler, more energy efficient housing especially because today’s kit homes are often very green. What follows is a selection of prefabricated houses in a range of styles  from modern and futuristic to rustic to historic reproductions nearly all which have energy efficient and sustainable options.

This Colonial 1 by Westchester Modular can be built in 45 days. The New York-based builder Westchester Modular offers custom homes in colonial, ranch, cape, and other designs. They look like familiar and traditional house styles but are modular, meaning they are built in cubes and pieces in a factory, on assembly lines. The manufacturer includes all the drywall, electric, plumbing, cabinets, sinks, and fixtures. Then the house is delivered to the job site, where it is set in place by a crane on a foundation. Later, a contractor connects it and does all the site work, including driveway and landscaping. John Colucci, vice president of sales and marketing, says it’s a misconception that modular homes are of lesser quality than conventionally built homes, citing materials he uses like Andersen windows and all-plywood construction. “It can save a customer money because of our purchasing power. I’m building three houses here a week, so I don’t go through middlemen.” There’s also the time advantage gained when an entire home can be built in 45 days.