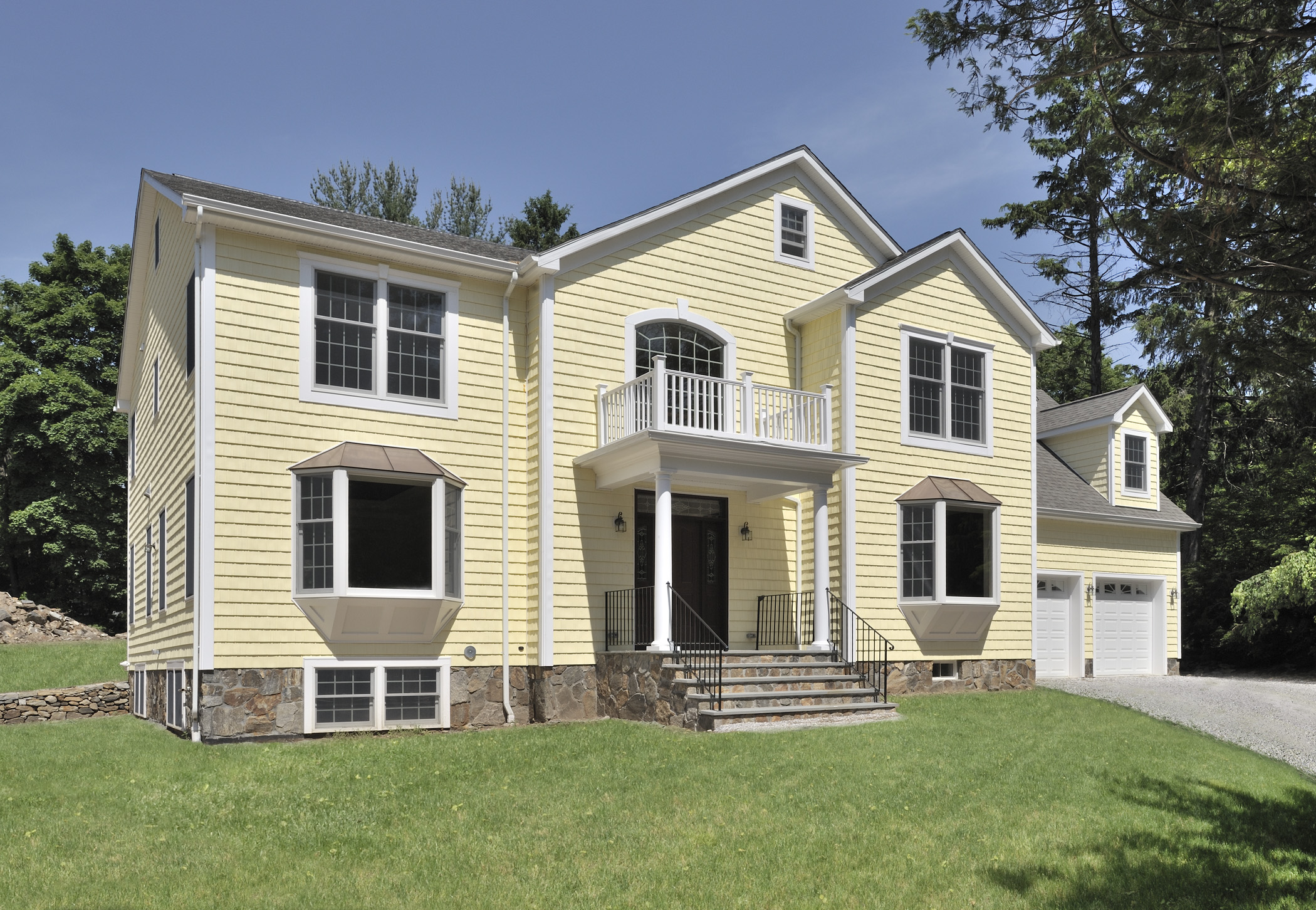 It was 2008, and the housing market had tanked, along with the rest of the economy. Bill Potter, a traditional builder on the Island, needed a good idea. He and his wife Terry, half of the then Potter Construction team, brainstormed and came up with an interesting “what if” question.

Their “what if” idea was to marry modular construction with onsite building practices to allow customers to custom-design their houses, free of size and design restrictions, at an attractive price in a skittish economy.

“But we needed a modular building partner who was willing to work with us, to change their business practices to accommodate the need of clients here,” Mr. Potter said in an interview last week at his office in the Airport Industrial Park.

The idea was not exactly original: In the late 1960’s, well-known architects and builders produced close to 200 beautifully-designed “modular” type houses on Martha’s Vineyard. But in the decades since, “modular” came to have a different connotation, and it wasn’t positive.

The Potters made a list of seven modular construction companies in the Northeast and pitched them all on their notion. Six said no, but Westchester Modular Homes in Wingdale, N.Y., on the New York/Connecticut border, said yes, and the two companies began to shape their cultures and approaches into what has evolved into a full-service approach to building homes and offices.

“We’d been doing some green building, and we wanted to continue doing that, as well as offering more design choices, and Westchester was willing to adapt,” he said.

Potter Construction was a traditional builder with four employees; the company employed crews when it got a building contract. Potter Construction has since become Squash Meadow Construction Co. Its management team is now 10 people, and “on any given day, you’ll see 50 Island guys working at our work sites,” Mr. Potter said, debunking criticism that modular construction costs Island jobs.

The appeal of this hybrid process for clients is savings of 20 percent or more over traditional onsite building, and completion times of three months rather than nine months or a year.

The proof is always in the pudding, however. Julie Fay and her family moved into a Squash Meadow hybrid build recently. Ms. Fay, executive director of Martha’s Vineyard Community Services, spoke with the Times about her experience.

“This was a stellar experience for us. We bought our land last June, and we were fully moved in by September. Their computerized design system let us walk through every room [in the design phase] and see what our choices looked like. We got a realistic view down to appliances and interior details.

“We wanted a green design, and we had a contractor friend look over our shoulders every step of the way. Squash Meadow could do anything. Of course some choices involved a price tag, but it was an easy and predictable process,” she said.

The Westchester Modular website also contains lyrical endorsements, including from other Island clients.

Now, precision and planning are the linchpins of any construction job. Precise measurements, to 1/16th of an inch, are essential in any method of construction. And planning is critical. Things have to happen when they are supposed to, and in a necessary order. If you’ve ever had the experience of an electrical contractor chirping in your ear on Monday that he has to be in by Wednesday while you are staring at 1,000 feet of unhung insulation or sheetrock, you know the feeling.

And when precision and planning are happening in two places several hundred miles apart and involve an $8,000 barge trip, they better be right. That’s the magic in this story. A prime example of precision and planning partnership can be seen in a vaulted ceiling under construction at the new home of Featherstone Center for the Arts in Oak Bluffs, a 6,500-square-foot project Squash Meadow is building.

The space is constructed from two boxes provided by Westchester, on which Squash Meadow’s crew has built a peaked roof with skylights. You can see the snug marriage today in the open framing. In two months it will be seamless.

Mr. Potter builds 12 houses a year on the Island these days, and he’s learned the importance of a culture of partnership and planning. “We work together, both with Westchester and each other on the Island. Our crews know what they’ll be doing every day when they come to a jobsite. For clients, we’ve developed a full-service system, from architect to construction, that is interactive and accessible,” he said.

It’s difficult to assess what percentage of new homes involve modular or hybrid assembly, or its future impact, though the heavy-lifting work of creating a system such as Squash Meadow and Westchester have done probably means that both onsite building and hybrid building will continue to coexist in the future.

The argument for stick-built

This Island has talented and creative builders and architects because this place has unique client personalities, and also has unique architectural styles that require an ability to meet various criteria.

John Abrams, founder and CEO of South Mountain Construction Co., an architecture and building firm in West Tisbury, is a creative builder who has made his mark lately in building green and in creating an internal culture of excellence. He’s a guy who is thirsty for ideas, and has watched the evolution of hybrid building on the Island.

“We’ve monitored this construction form closely for the past 30 years. We emphasize five qualities in our work: aesthetics, energy efficiency, durability, health, and comfort. What we find to this day is that to get all five, at a reasonable cost, we can’t yet achieve with modular what we can achieve with onsite building.

“I often think now that if we were off-Island and could have a 50,000-square-foot manufacturing facility, we might be making modulars ourselves. In many cases, modular construction has not been built or installed well, but we also know companies like Squash Meadow, who are doing a fine job building quality products. We have a number of colleagues in the Northeast who are working hard to improve premanufactured housing quality. Modular doesn’t meet our standards yet, but I imagine in time it will,” he said.

From an architectural standpoint, Phil Regan, managing partner at Hutker Architects Inc. in Vineyard Haven, which also has offices in Falmouth and Boston, offered this perspective:

“The modular industry is an affordable option and historically a sort of bucket of parts in dimensions of two, four and eight feet built in units small enough to be shipped. There has not been a lot of design but that is changing.

“Modulars are not quite small houses now, but generally are under 2,000 square feet. Above that level, design plays a larger role,” Mr. Regan said.

“There is market demand for modular design but it seems to me that onsite construction and modular methods right now are like a pair of magnets  drawn to each other but when they get close, the direction starts to shift. And in the future? “We don’t see any modular design in our office but we are interested,” Mr. Regan said.